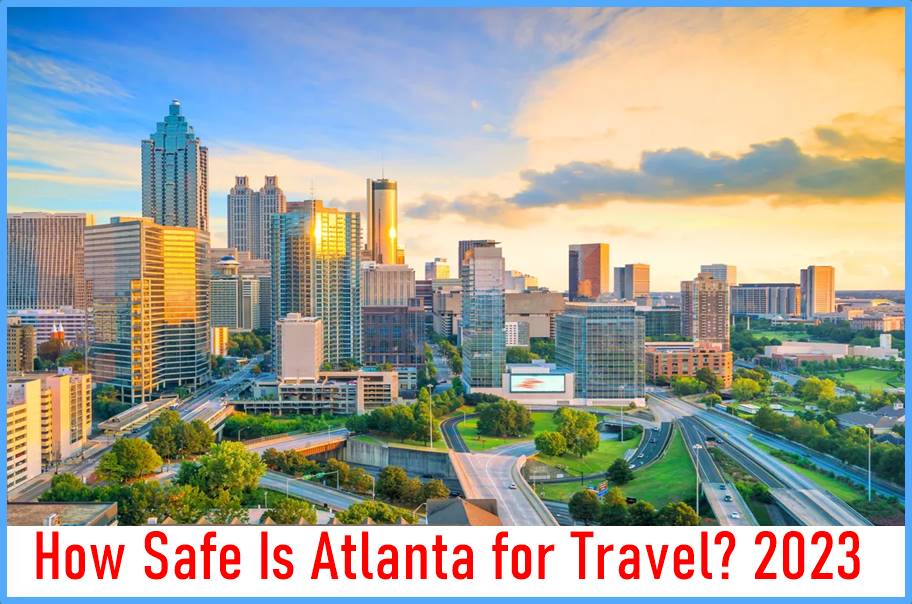 Atlanta, the capital of the US state of Georgia, is the beauty of South America, connecting the New South with the Old.Somehow, it maintains the balance between the ancient traditions of the south and the modern and current realities.For example, you can enjoy its natural beauties and feel as if you were in the centre of social, architectural and economic events: the city has up to three skylines, not to mention the busiest airport in the world.

Are you planning to move to Atlanta shortly? If so, you’re probably thinking about the bad reputation the city has received due to high rates of violent and property crime. The truth is that there are some pretty safe places to live in this large metropolitan area. Like any other major city, Atlanta has good and bad neighbourhoods.

We have found quite a few relatively safe spaces that are desirable neighbourhoods due to their lower crime rates. We analyzed crime rate statistics from various communities to find the ideal locations for newcomers. Here are the ten safest places to live in Atlanta.

Adamsville is a large neighbourhood with a population of 11,775 residents. It is situated on the west side of the great city of Atlanta, Georgia, near the junction of Interstates 20 and 285. Violent crime rates in this neighbourhood are 927 per 100,000, with property crime rates of 2,996 per 100,000.

It is one of the least violent neighbourhoods in the city for 2020 and was ranked 10th on our list of the safest places to live in Atlanta. If you live in Adamsville, your chances of becoming a victim of a violent crime are less than 1 in 100. For other offences, the odds increase to 2.9 in 100.

Oakdale is a neighbourhood in Atlanta with 10,957 residents living within its borders. According to the statistics, the number of violent crimes in the last year was 330 per 100,000, with property crimes at 4,426. You are more likely to become a victim of a property crime in this city than a violent crime. The odds of becoming a victim of a violent crime are .33 in 100, which is reasonably low. For other crimes, it goes up to 4.4 per 100.

Buckhead Forest is a small neighbourhood in Atlanta with only 2,047 people living within its borders. It is one of the best places to live in Atlanta. It is an upscale neighbourhood that is north of Midtown. The amenities that include excellent restaurants, cultural centres and entertainment options are immense.

Only 30% of the residents in this neighbourhood own their homes, with 70% renting. Rent and home prices are slightly higher than the state average but less expensive than in Buckhead, where homes cost around $1 million. It’s not as prosperous as Buckhead, but the crime rate is among the best in the state. You have a 0.4 chance of becoming a victim of a violent crime in this neighbourhood.

Although property crime is significantly higher than violent crime rates, you still have less than a 1 in 100 risks of becoming a victim of this type of crime. He makes Buckhead Forest a reasonably safe neighbourhood to live in.

This Atlanta suburb is home to 8,041 residents. The neighbourhood is made up of four separate villages that are connected by walkable blocks. This community has historic homes, and it is one of the most elegant and charming neighbourhoods in Atlanta.

The amenities are excellent, with various tourist attractions, park markets, arts, entertainment, restaurants, shops, and a wholesome nightlife. Many artists live in this neighbourhood, along with students and families. It is a family-friendly community, and residents have less than 1 in 100 risks of becoming victims of any crime.

Cabbage Town is a smaller community within the city of Atlanta. Four thousand seven hundred eighty-nine people are living within its limits. The violent crime rate in Cabbage Hill is 459 per 100,000, with 3,289 property crimes. The chances of becoming a victim of any type of violent crime in Cabbage Town are less than half a per cent.

Candler Park is a 55-acre city park golf community with tons of amenities for residents and those living within the neighbourhood. Eight thousand ninety-five people reside in the Park. Only 126 violent crimes per 100,000 were committed, with 2,549 property crimes. It makes Candler Park the fourth safest place to live in Atlanta, Georgia.

Brookwood is a small neighbourhood in Atlanta with only 1,984 people residing there. It is an urban area where most of those who live there own their homes. Brookwood has plenty of amenities, including parks, cafes, restaurants and bars. It is a liberal area with many young professional residents with families.

Violent crime rates are meagre, with only 16.5 assaults per 100,000 and zero murders or rapes. The chances of becoming a crime victim in Brookwood are scarce. There have been some property crimes and some thefts in the last year, but the numbers are insufficient.

Two thousand one hundred eighty people are living in the small neighbourhood of Atlantic Station in Atlanta. It is a dense urban community with homeowners and young professionals with liberal views. The schools are above average, and the community offers parks, cafes, restaurants and bars as amenities. The crime rate is low, with less than a 1 in 100 chance of becoming a victim of any crime.

The safest place to live in Atlanta, Georgia, is the Peachtree Heights East neighbourhood. It is home to a small population of just 1,070 residents. The environment is a combination of suburban and urban. Most of the residents are homeowners. This city has plenty of amenities, and the schools are above average. It is a popular option for retirees.

The crime and safety rating is A+, with no reported assaults, murders, or rapes in the last 12 months. The only reported crimes are petty theft and motor vehicle theft. Your chances of becoming a crime victim in Peachtree Heights East are meagre.

But it’s not all skyscrapers: Atlanta is full of welcoming neighbourhoods, each with a unique vibe, where you don’t feel like you’re living in a beehive.In 1996, Atlanta hosted the Centennial Olympics, slowly becoming the definitive leader of the American South.In short, it is a perfect city for anyone who wants to isolate themselves and stay in the centre of events.

How Safe Is Georgia for Travel?

Atlanta is generally safe, although some neighbourhoods are best avoided. Crimes are mainly committed between gang members or acquaintances and in areas that are not of interest to visitors. Avoid slums and take average preventative measures.

RISK IN TAXIS AND TRANSPORT: MEDIUM

Public transportation in Atlanta is generally safe. It’s run by MARTA and can attract bums late at night, so avoid finding yourself there alone. There have also been violent crimes committed in stations and trains. It’s not frequent enough to avoid public transportation entirely, but you should always remain vigilant.

The rate of minor crimes has been declining considerably in recent years. However, keeping an eye on your belongings on public transport or in crowded places is advisable.

Atlanta is the victim of occasional earthquakes, floods, and tornadoes.

As far as chances of being mugged or kidnapped, in Atlanta, it can happen. Violent street crime does happen, but it can be avoided by avoiding the dangerous areas of some neighbourhoods that even locals rarely dare to travel to.

The city of Atlanta has not been the target of any recent terrorist attacks, but attacks should not be ruled out. Be aware of your surroundings at all times.

Like in other tourist destinations, people will be trying to rip you off in Atlanta. Be wary of anyone trying to distract you, displaying large billboards in front of you or ATMs that appear to have been tampered with.

Atlanta is very safe for solo female travellers. Taking a few basic preventative measures should reduce the chances of anything going wrong. Just act as you would in any other country or hometown, and you should be fine.

So how Safe Is Atlanta?

Atlanta is known for being unsafe, but it’s not that unsafe.It is not as dangerous as it is often portrayed, with crime rates as low as they were almost forty years ago in 2005.While violent crime remains high compared to other American cities, most will not affect tourists but people associated with drug dealing, street gangs and the like.

These are parts of the city that tourists rarely see.All tourists should take the standard precautionary measures, just as they would in any other city or their city.You should, by all means, stay informed about neighbourhoods to avoid due to increased criminal activity, and avoid those neighbourhoods.

For example, the Southwest and Southeast areas of Atlanta have reported the most crime incidents; the triangle within I-285, I-75, and I-20 is a dangerous neighbourhood, as is west of Northside Drive around the Georgia World Congress Center and the Georgia Dome.

Remember that car-related criminal activities are widespread, such as carjackings or carjackings.Never leave anything of value in your car.Outside of these mentioned areas, the crime rate is significantly lower.